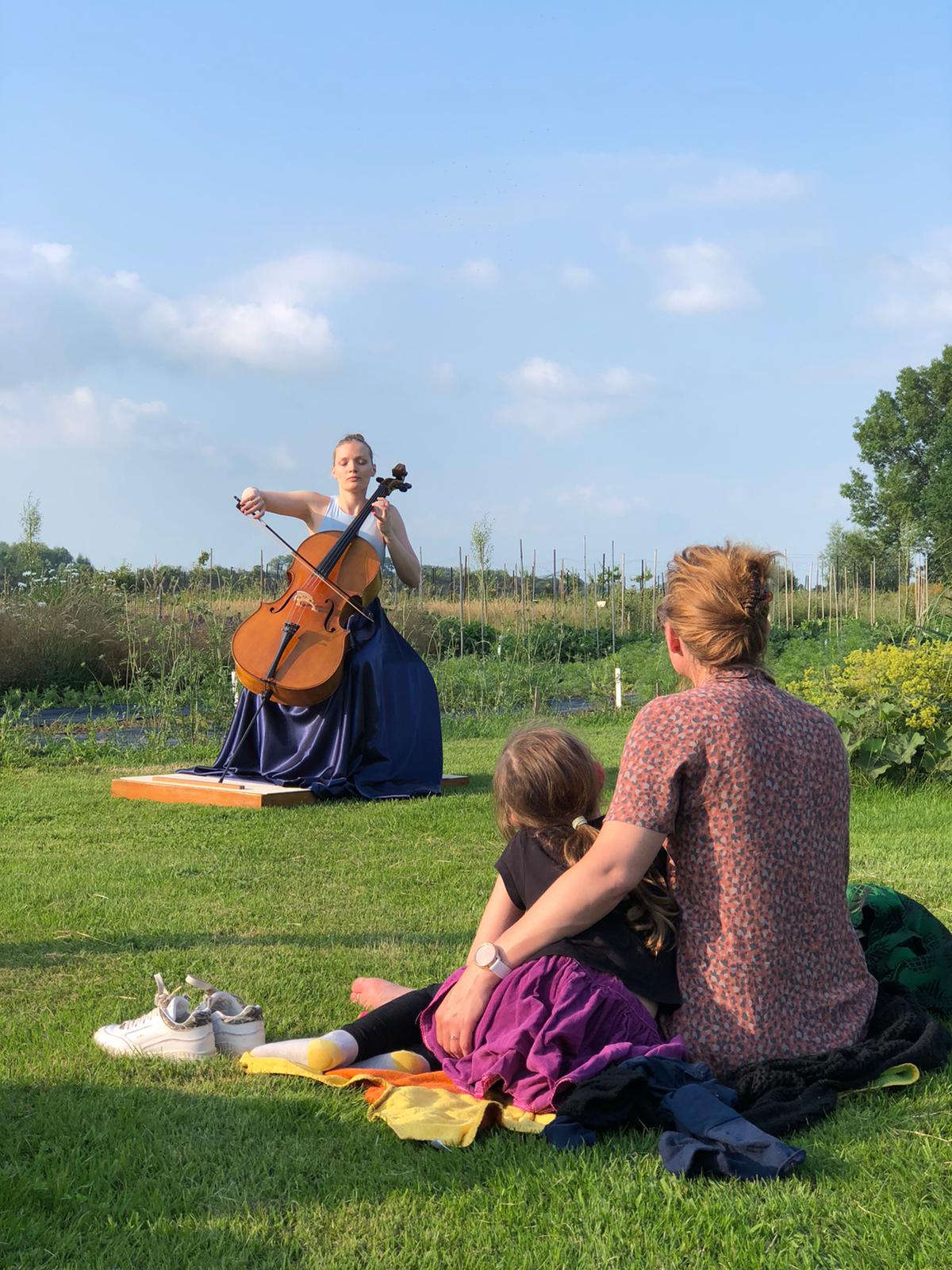 The Ducht cellist Hanneke Rouw began playing the cello at the age of 8 years. She attended lessons from Rata Kloppenburg and Maria Hol with great joy. At the age of 16, Hanneke was given an honorable mention at the Princess Christina Competition; a competition for young classical talent in the Netherlands. She played solo with the Britten Youth Orchestra in the same year. At the age of 17, Hanneke received education from Ran Varon at the preparatory program of the conservatory in Zwolle. Hanneke studied with Martijn Vink at the Luca School of Arts in Leuven, Belgium.

Hanneke plays a German cello (early 20th century). The purchase of this instrument was made possible through contributions from the Prins Bernhard Cultuurfonds and the Stichting Eigen Muziekinstrument.

Last season Hanneke was on tour in the Netherlands. She took great pleasure in performing the six cello suites by Bach and the sonatas by Beethoven, Mendelssohn, Chopin, Lalo, Brahms, Saint-Saëns, Rachmaninoff, Fauré, Shostakovich, Prokofiev and Debussy all over the country. Following the success of the aforementioned tour, Hanneke Rouw will continue her tour. This year, however, not only in the Netherlands, but also in the United Kingdom, Italy and Germany.